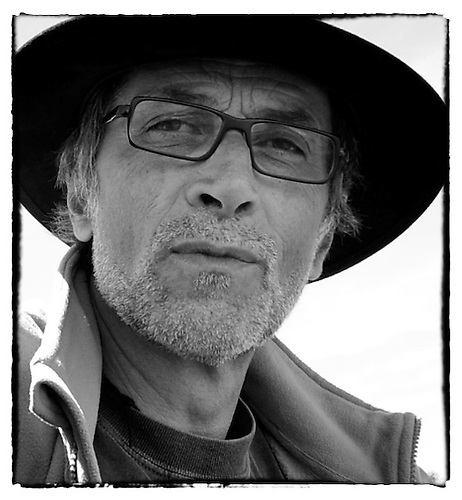 I don’t pretend to be the Best, the Most Original photographer.

I just do it MY WAY.

Not only a passion, photography keeps me alive, giving me many times a reason to continue walking, looking to life, and finding a sense in it.


José Maria Pimentel was born in Coja – Portugal countryside, in 1953, having recently moved to live in MEXICO, looking for new spaces and adventures.

Working as a freelance photographer, he started very young practicing arts as a painter and sculptor, mainly hobbies today.

He returned to Portugal after the April Revolution in the year 1974.

Until 1982 he works in the Portuguese cinema industry as a production and direction assistant, as well as a stage photographer.

That year 1982 he became the mainly responsible for the project of a new ceramic factory based in Coja and producing decorative items. He took in charge of all the technical and artistic parts of that company.

Anyway, photography never stopped and he kept accumulating photo work just for passion and pleasure, as some painting and sculpture.

In 1999 he returned into photography as his mainly activity, publishing in 2001 his first book, a photo-reportage about the life and work of Monsenhor Nunes Pereira, priest and artist, who has been his master of engraver techniques.

Between May and July 2000 he makes an “around the world travel” as the Navigator and Photographer of the Portuguese team that took part in a classic car’s rally, based in the Jules Verne novel “Around The World in 80 Days”.

From this trip were produced two exhibitions presented in several European countries.

He keeps exhibiting his work regularly.

Can be mentioned “Coimbra Fora d’Horas” and “Imagens que os Vinhos DÃO”, both with published books.

In 2002 and 2003 he was awarded by VISÃO magazine, the most important Portuguese prize for photo-reportage work.

He is present in the PLMJ photo collection, a lawyer society that detains the most important representation of Portuguese photographers, as he is in different private collections too.

If interested in more information about his work, please make a GOOGLE search by José Maria Pimentel or Sakafoto